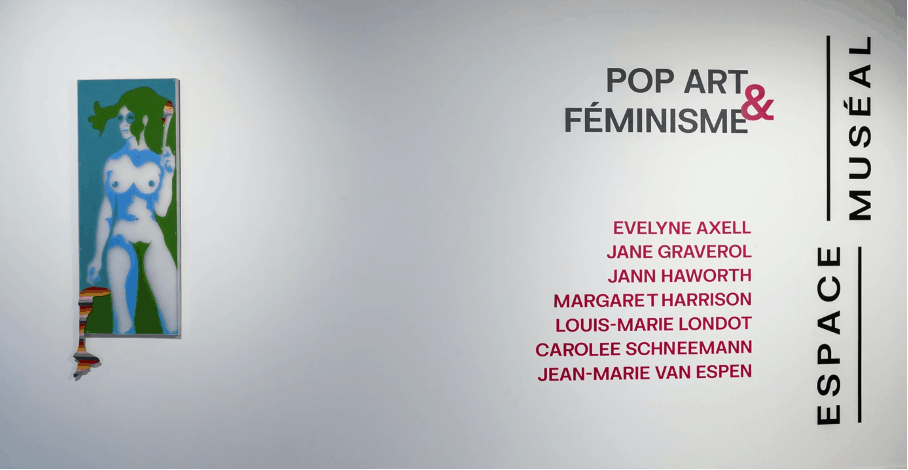 On the occasion of its first anniversary, Le Delta in Namur is inaugurating a museum space dedicated in part to the visibility of one of its most outstanding Namurian artists: Evelyne Axell (1935-1972). For this first season, entitled “Pop art & Feminism”, Le Delta is presenting rare works such as the unfinished painting «L’offrande» as well as another little-known technique used by Evelyne Axell, a statuette from 1970, “Monsieur Vénus”.

Other works from the collection of the Province of Namur are also on display, notably those of the Namurians Louis-Marie Londot and Jean-Marie Van Espen, both of whom were fascinated by the pop movement that swept through Belgium in 1965. The museum space also exhibits the latest acquisitions of the Province of Namur. These works have been chosen on the basis of a bias; that of giving women artists the museum visibility they have long been deprived of.