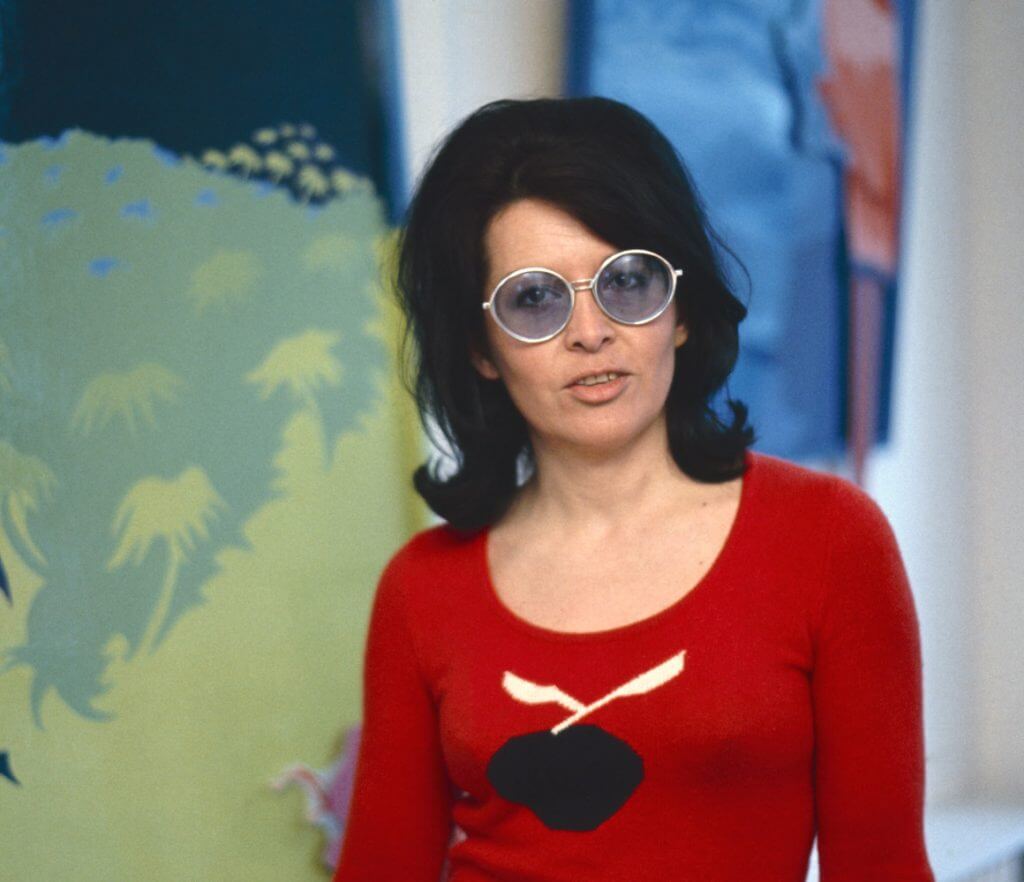 Evelyne AXELL was born in Namur on the 16th August 1935. She studied ceramics at the Academy of Beaux Arts in Namur and then Dramatic Art at the Conservatory of Brussels. In 1956 she married, Jean ANTOINE, one of the founders of Belgian television and gave him a son, Philippe. She launched herself in a career as an actress principally in Paris and was a star of several films as well as working as a TV presenter. In 1963, AXELL turned to painting and became René MAGRITTE’s only pupil. In London she discovered Pop Art and adopted the style adding her feminist vision. Very quickly Evelyne Axell moved from painting with oil to using plastic arts using almost industrial methods : enamel paining on cars, ready made objects, unilat and plexiglass, all this during an era when women were demanding their rights, freedom of expression and the sexual revolution. She embraced these causes in her own manner through works of art in which feminine sexuality and sensuality were openly declared. The events of May 1968 were also evident in her works : student protests, civil rights in America and the hippy movement. In 1969 she was awarded the prize for the youngest Belgian painter and at the same time her works were increasingly exhibited in Belgium as well as abroad. On September 10th 1972 however, her career was fatally interrupted when she was involved in a car accident. Thirty years after her death she has finally been recognised as one of the key figures in Pop Art and her works have regularly been exhibited throughout the entire world and are included in the most prestigious museum collection.