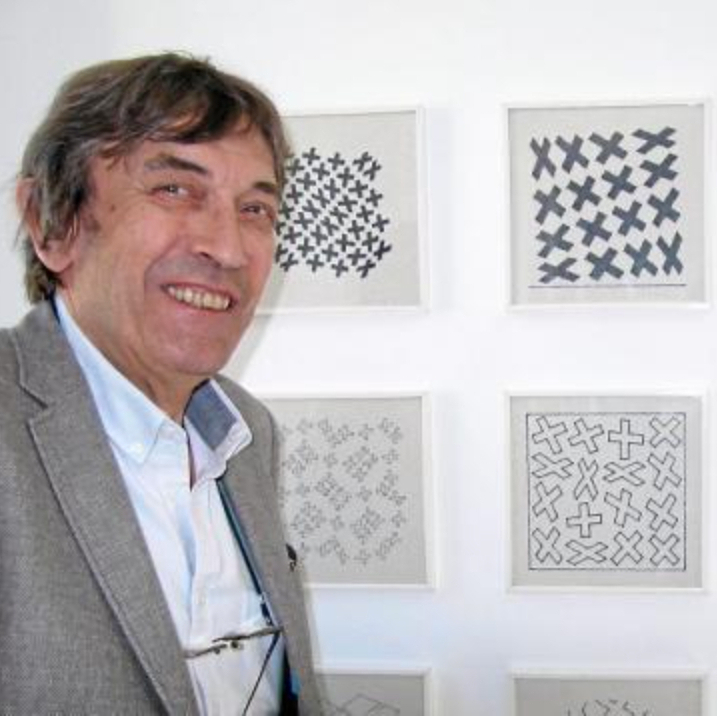 Jean-Pierre Maury was born in Belgium in 1948. He lived and worked in Belgium and in France.

From 1968 he engaged himself in the development of the movement called constructivism. Since the beginning of the century, this movement has affirmed itself as a new movement undisputably historic but remaining undeniably contemporary.

Having early on affirmed his desire to paint, Jean-Pierre Maury worked from 1968 to 1978 on six vast series of commissioned works devoted to language, in his post 1978 works his paintings are created from a minimal plastic art element : the crossing of two lines.

Furthermore, added to the rigour and demands of the theoretical and practical work of a composition, Maury’s research on colours consists of pure and intuitive sensitivity, thus adding to the perfect forms (always present in his compositions) the willingness to integrate new components thus contributing not only to the consistency of his works but also to an expected renewal.

He attempted to set the scene showing the fulfilment of man, his aptitude to reflect as well as the capacity to experience.

His works are a demonstration of what perfect form engenders, adding to this a complementary order of reality. This added realism, a quasi subversion of the principal of minimal and apparently closed composition, is not without humour, an added value which also transgresses the seemingly trivial or the tragic to become bearable.

As well as numerous collective and personal exhibitions of his works, Jean-Pierre Maury is co-founder and co-editor of the magasine « Measures International Art » . He is author of several architectural integrations. Finally he is organiser of events, organises conferences and publishes theoretical texts in Belgium as well as abroad.