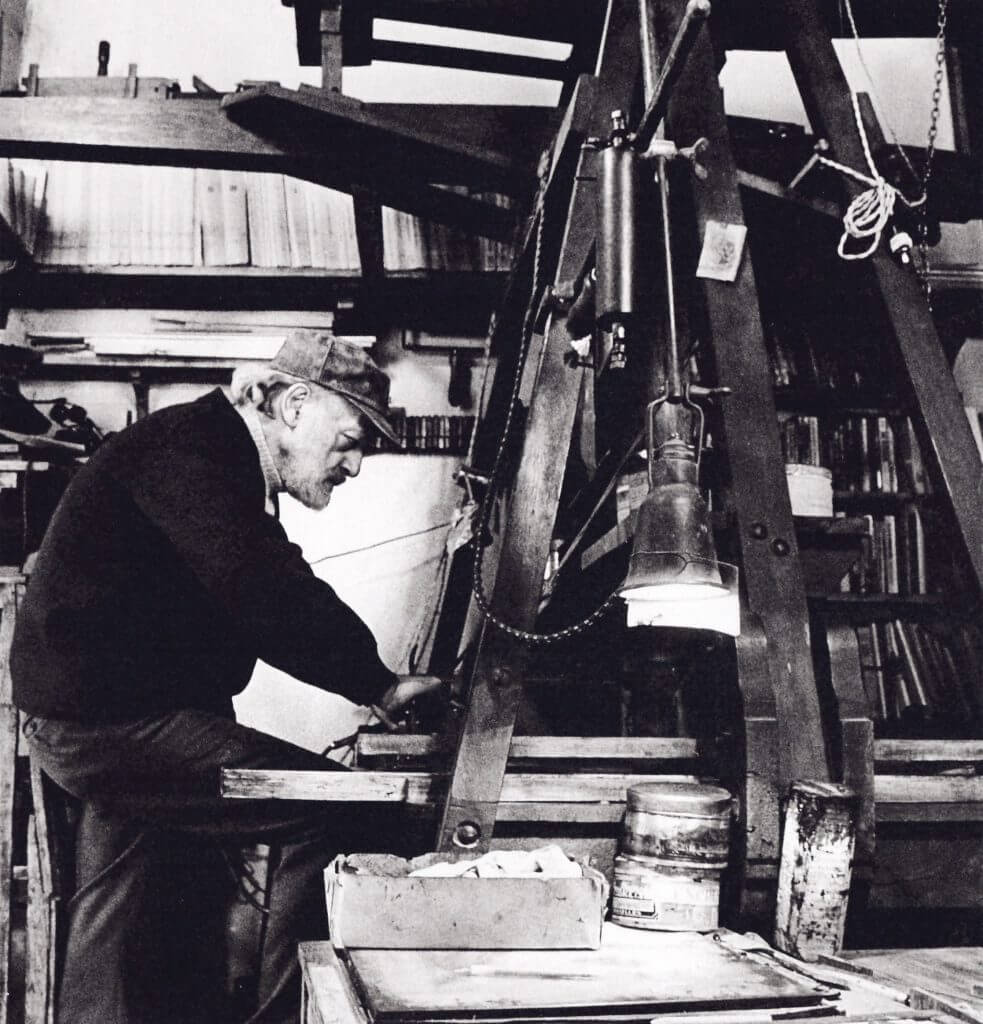 Victor Delhez was born in Antwerp the 16th March 1902. He studied at the Academy of Beaux-Arts in his native city and then studied to become an agronomist at the Catholic University of Louvain. He remained active as an artist and he was one of the pioneers of abstract art in Flanders.

From expressive figurative art, he turned progressively to abstract art. In the 1960s, Victor Delhez had his engravings on linoleum and wood published in Belgian magasines that backed avant-garde causes. Around 1923, Delhez’s genius technique and his limitless patience led to some of the most marvellous abstract engravings in constructive elements. He also gained inspiration from music. He was one of those rare artists who was able to introduce, through a play of shades, nuances and contrasts of black and white, in his engravings.

In late 1925, his university studies and a thirst for adventure took him to Argentina. Slowly abstract art led progressively to figurative art.

In 1959 he participated in the famous exhibition of Hessenhuis as well as numerous exhibitions in Belgium, the Netherlands, North and South America and Japan. He had an enourmous amount of success with his figurative engravings on wood illustrating scenes from the Bible. His style was likened to surrealism. A retrospective of his work took place in 1981 in Antwerp. He died in Mendoza in 1985.