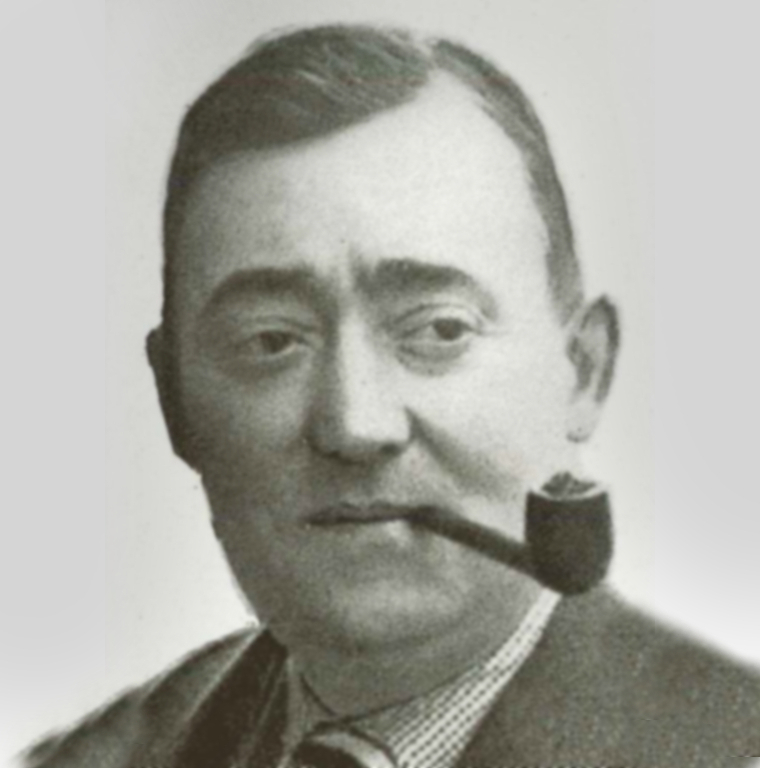 Pierre-Louis Flouquet was born in Paris the 21st February 1900. Settled in Brussels from 1910, he studied at the Academy of Fine Arts during the first world war. It was here that he met René Magritte with whom he shared a workshop.
Flouquet became well known amongst the modernist circles through his works that contained a new spirit bordering between cubism and futurism arriving at abstract art in 1920. His paintings play on contrasts of forms opposing cylinders to plans. He frequented with the avant-garde in Brussels, Antwerp and Paris. In 1922, with the poet Pierre Bourgeois, the architect Victor Bourgeois, the painter Karel Maes and the musician Georges Monier, he founded the weekly revue 7 Arts. Having become one of the leading figures in Pure Plastics he regulary exhibited abroad.
Pierre-Louis Flouquet made multiple portraits of his contemporaries in ink and linograph. His works show a sensitivity towards an extreme stylisation of the human figure in his abstract and dynamic decors.
After 1930, he abandoned painting to devote himself to writing and journalism. Poetry also enabled him to quench his spiritual thirst as well as his exceptional altruism. He would become a poet who fervently defended modern poetry thanks to the Poets Journal that he edited. He published 21 collections of poems and founded, with Arthur Haulot, the poetic Biennale in Knokke. He was also a great defender of modern architecture and contributed to the revue Bâtir. He died in Dilbeek in 1967.