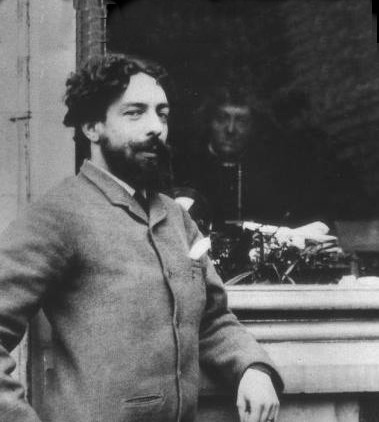 James Ensor was born in 1860 in Ostend of an English father and a Flemish mother from Ostend who owned a souvenir and curiosity shop. The family lived from the profits of that shop and Ensor grew up in a decor of shells, stuffed fish, lace products, dreadful weapons of savages and other motley objects. Later, when studying at the Academy of Fine Arts in Brussels, he made friends with F. Knopff, W. Finch and other intellectuals who helped cultivate his anarchist tendencies. James Ensor quickly rejected his studies and returned to Ostend back to his family home where he produced his masterpieces with a very freed realism. He paints landscapes, still lifes, self-portraits and genre scenes. He participated in the creation of the XX group which quickly played a leading role in the avant-garde scene. Exhibited at the Salon des XX, his canvasses were misunderstood and generated sarcasm. Very sensitive to criticism, Ensor was hurt. Brought up on the shores of the North Sea, James Ensor became passionate by the effects of light on which he conferred a unifying, as well as spiritual power. He would say: “I am made more noble by light”. The representations of masks and skeletons in his works, recalling the strange atmosphere in the family souvenir shop and also the Ostend carnival add a symbolic scope to his work and went on to take a predominant place in his art. The masks camouflage and exacerbate a reality that the painter found too ugly and cruel, whilst the skeletons reveal the vanity and absurdity of the world. James Ensor became the father of an imaginary and fantastical world which heralded surrealism. In 1888, Ensor paints his masterpiece, “Christ’s entry into Brussels”. This painting assembles all the principles of Ensor’s art. His work highlights the grotesque aspects of things, reflecting a radical, sarcastic and even insolent vision of the world. James Ensor died in Ostend in 1949.