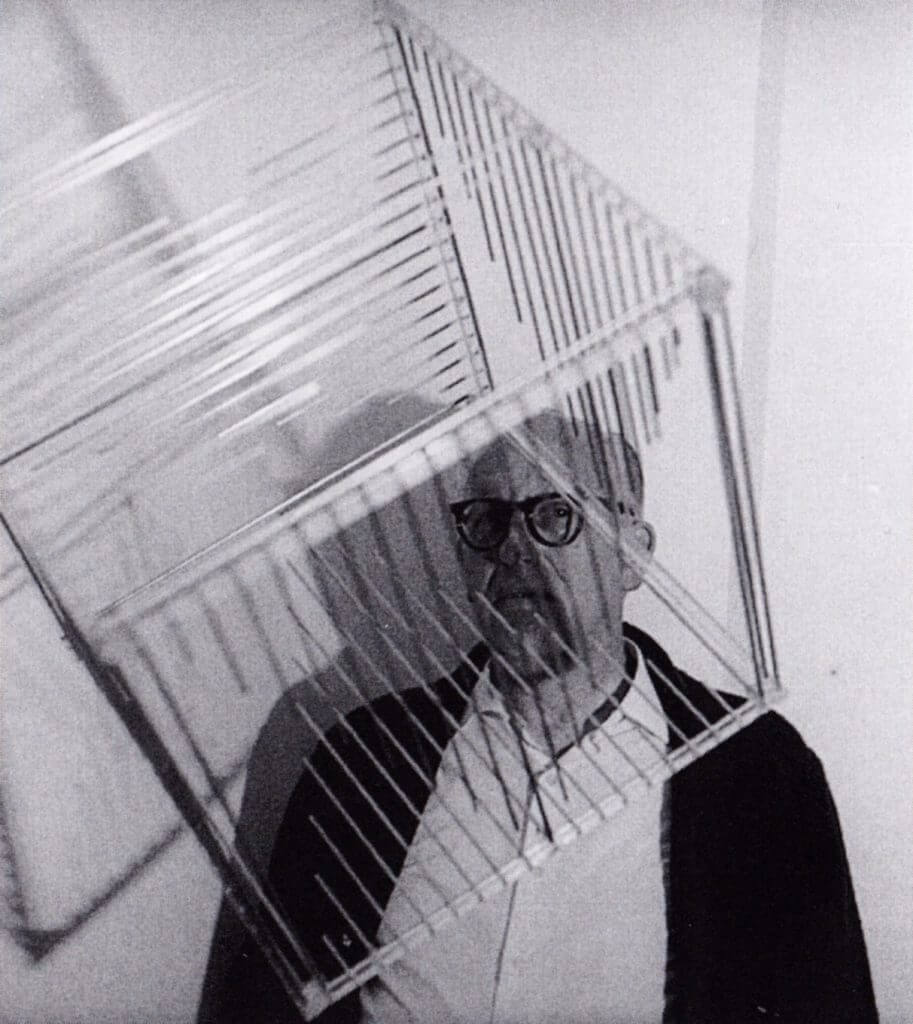 Henri Gabriel, whose real name was Henri-Jean Brouwers, was born in Anderlecht in 1918. A professional engineer, at 40 years old he turned towards plastic arts.
He discovered Calder at the 1958 Expo in Brussels. Self-taught, he opted to work with blotting paper, an original material that he cut up, perforated and superimposed to create different levels of depth. His works, based on geometric forms, give an impression of a landscape thanks to natural light.
Gabriel’s work evolved from geometric abstraction to op art. He exhibited his first optical creations at the Saint-Laurent Gallery. From 1964, his optical-spatial mobiles in poly aluminium and plexiglass consisted of simple geometric forms, interacting with the light and the movement of space. They were often suspended from the ceiling by a nylon thread and put into movement by hand, the empty space around highlighted as a subject in itself.
He also created jewellery, clothes and tapestries.

An approach to kinetics allowed him to combine scientific precision with poetry and emotions. In 1965, with the artists Emiel Bergen, Gilbert Decock, Victor Noël and Marcel-Henri Verdren, he founded the group D4, whose name makes a reference to four dimensions : optical, space, light and movement. With the arrival in 1966 of Jo Delahaut, the group changed its name to the evocative name of Geoform, defining at once the orientation of the plastic chosen. Gabriel was co-editor of the American art magasine Leonardo.

Henri Gabriel was an emeritus representative of optical and kinetic art in Belgium. He died in Anderlecht in 1994.