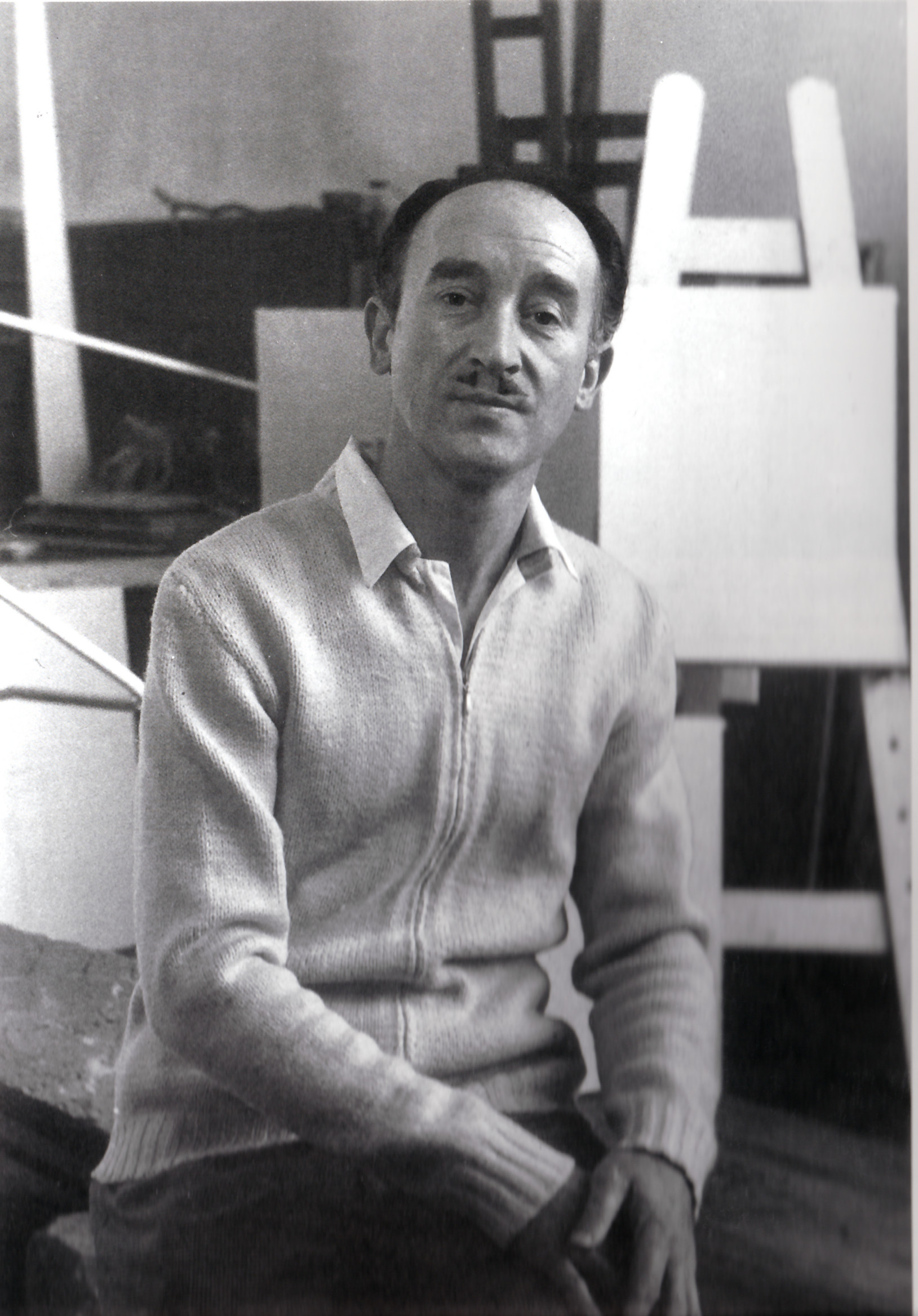 Gaston Bertrand was born in Wonck-sur-Geer the 2nd September 1910. Whilst carrying out several little jobs, he studied art at Saint-L in Brussels, at the Brussels Academy and then at the Academy of Fine Arts in Saint-Josse-ten-Noode. It was there that he formed a friendship with Anne Bonne et Louis Van Lint. In 1938, the three of them participated in the « Art Jeune » (Young Art) exhibition organised by Charles Pry at the Atrium Gallery. In 1937, Gaston Bertrand had received the third award of the Rome Prize with which he used to stay one month in Paris the following year. He became co-founder and regular participant of the group « Apport » (support). In May 1942, during his first personal exhibition, he presented a collection of works which showed well his originality and creativity. In 1944, 1946 1949, the Apollo Gallery gave him his own monographic exhibition. Founder member of the Belgian group « La Jeune Peinture » (Young Painters) formed in 1945, he participated in every exhibition held by the group. Following his first steps experimenting in the genre, he began the slow process of change from realism to keeping only the essential ; strong, significant, sober and refined lines associated with huge coloured zones. Each of his works appear to be an architectural composition whose harmony is due to minimal representation, be it a portrait or a view of the Paris underground. From 1956 to 1970 following the request of Jean Guiraud, teacher at Saint-Luke in Brussels, he was responsible for a painting workshop at the same school. In 1989, the Gaston Bertrand Foundation was created in order to assure the promotion and conservation of his works. In 1994 Bertrand, major figure in the Belgian art world, passed away.