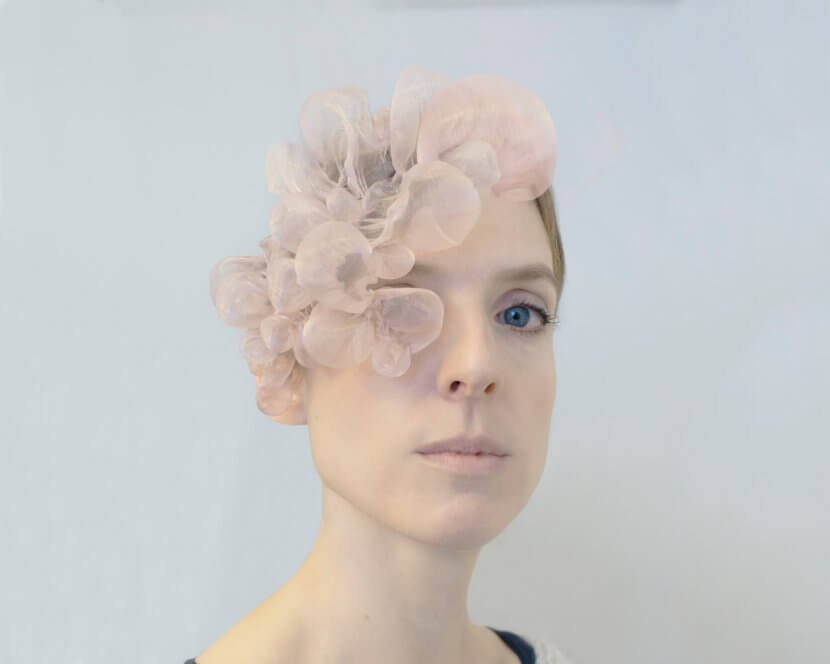 Elodie Antoine was born in Belgium in 1978. A graduate from the ENSAV (La Cambre), her work is extremely personal and represents an atypical visual identity.  Elodie is a master of the old  skills which leads to a  collective tradition : embroidery, felt, lace-making with spindles but also  glass making, casting in cement and also working with human hair.  If, at first, her work seems eclectic a common thread runs between two major orientations : the use of traditional techniques and an intrinsic contradiction of the subject.  The ambivilence is omnipresent. At first look her work suggests consensualism and even docility but what creates movement in her work is the hidden intimacy, an abrupt truth, social inegalities and concealed envies. Beneath the apparent fragility, Elodie Antoine controls the creative process from start to finish in an obsessional manner . Using materials often associated with women, she plays with areas linked to the male domain and breaks stereotypes with humour. The corporal identity is also a subject which this artist taps into.  Sublime, magnified, diverted or mocked,  the flesh is given attention to,  bones and teeth are subdued, the body suffers. The softness of the textures and colours contradict  a worrying  proliferation, a colonisation in disguise, a deadly invasion. Beneath the first, a second creation reveals itself. The work is organic and sensual. Elodie Antoine creates with her hands subjects that emerge from her inertia, she kneads, weaves, pierces and moulds and the result is a subject that, at first, familiar transforms into something foreign. What we think we know reveals itself and  the limits of our daily life transgresses to throw us into a state of discomfort.  Her creation is instinctive. Elodie Antoine lives and works in Brussels.
An extract from a text by Garlone Egels.