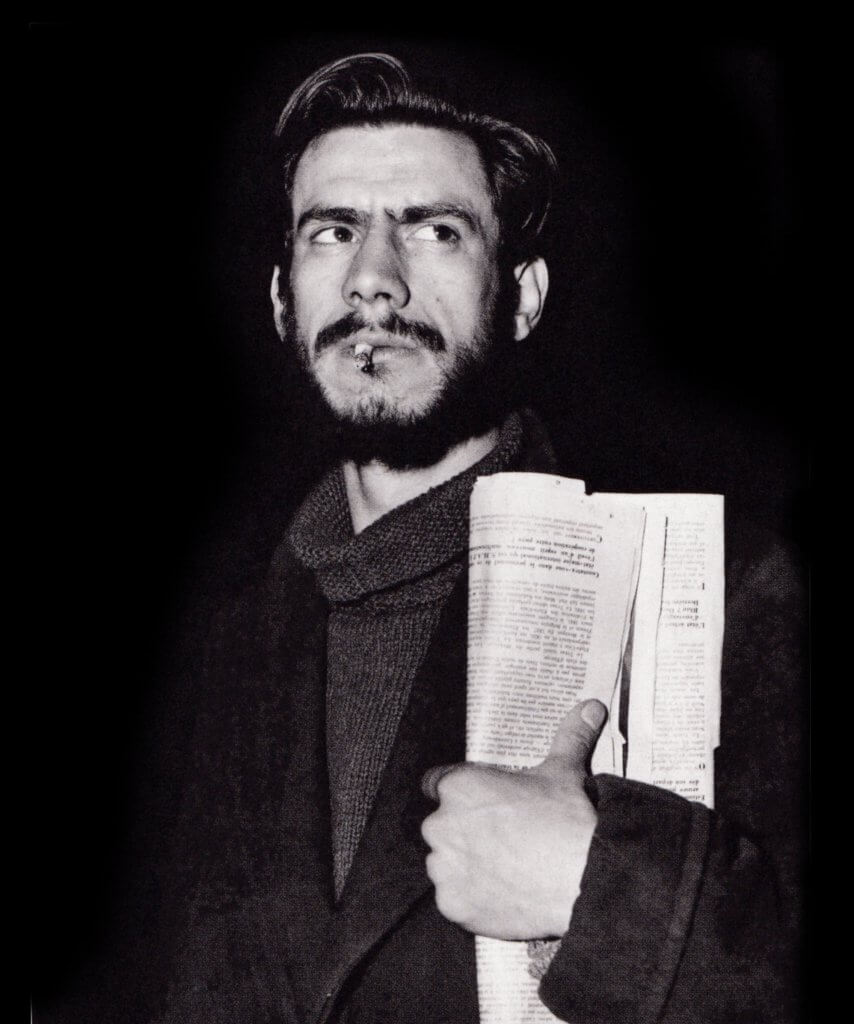 Christian Dotremont was born in Tervuren the 12th of December 1922. When he was 17 he wrote and published “Ancienne Eternité”,  recognised a half century later as “one of the purest master-pieces of French poetry of our times”. In 1941 in Paris, he participated in the activities of the surrealist group La Main à Plume through which  he met Eluard, Cocteau, Picasso, Giacometti, Bachelard and others. At this time he is considered as the “new Rimbaud”. After the liberation, he continued to exercise a  considerable editorial role. In 1948, with Noiret, Jorn, Appel, Constant and Corneille, he co-founded Cobra, a poetic, experimental and artistic movement. Because Jorn and Dotremontwere both ill (Dotremont having suffered from tuberculosis for 30 years) both ill, Cobra stopped in 1951.  In April 1951, the poet met Bente, a young Danish woman with whom he was to experience a passionate and tormented relationship. Under the name of Gloria, Gladys or Ulla, she definitely haunted his literary and creative activity. In 1955  Dotremont published the novel “La Pierre et l’oreiller” (The stone and the pillow). Between 1956 and 1978, he undertook a series of journeys to Lapland, a country which fascinated him. He wished to reaffirm Cobra through some new collective exhibitions. In 1962, Christian Dotremont created the logogram: striking illustrations showing the relationship between graphic art and literature. His logograms, through which poetry, thinking and emotion are improvised through graphic creation are true poems to look at. His first logograms were created in the snow in 1963. His first exhibitions took place between 1969 and 1972 in Brussels, Paris, Venice and New York. Author, amongst others, of a polyptych in 25 logograms: “Dans ma chambre” (In my bedroom) one of the most beautiful and passionate love poems since Verlaine and Eluard. He died in Buizingen the 20th August 1979.