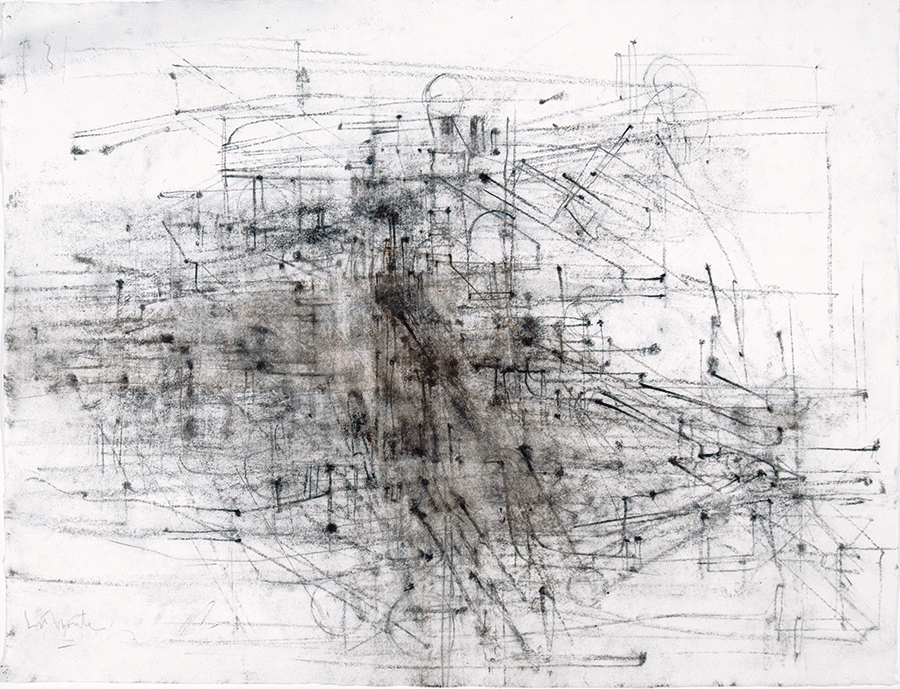 Speaking of Lismonde (1908-2001), one immediately thinks of the draftsman, the visual artist of the black and white who imposed himself in the artistic landscape by admirable large charcoals, first figurative, which he then led, starting from 1958, towards abstraction. But another facet of his art would reveal a Lismonde of color at the same time as lyrical abstraction. First, there were Signs, which occurred in 1960, almost by chance. During his exhibition at the Stedelijk Museum in Amsterdam, the artist was asked for small formats to balance the hanging. Not having one, Lismonde began to throw on the paper, with a rapid movement of the brush and as in a sort of action painting in miniature, ink stains of China. This new sign language would then serve him for other achievements. In 1962, the year when the National Museum of Modern Art in Paris acquired a large charcoal, the artist realized from this new gestural graphics, his first tapestry, an order from the Royal Library Albert I. The same year again, he had resins on aluminum, making about twenty Aluchromies also pertaining to gestural abstraction (a series was commissioned for the Trans Europe Express). Taken to the game, Lismonde launched soon after in a series of small compositions just as gestures, realized this time with the gouache. No doubt, they were at the same time a means of research for possible tapestry cartons. About fifty admirable gouaches, which date back to the early sixties and that the artist never exhibited, are finally presented in an exhibition that will discover a new lismonde Lismonde, a Lismonde in color.